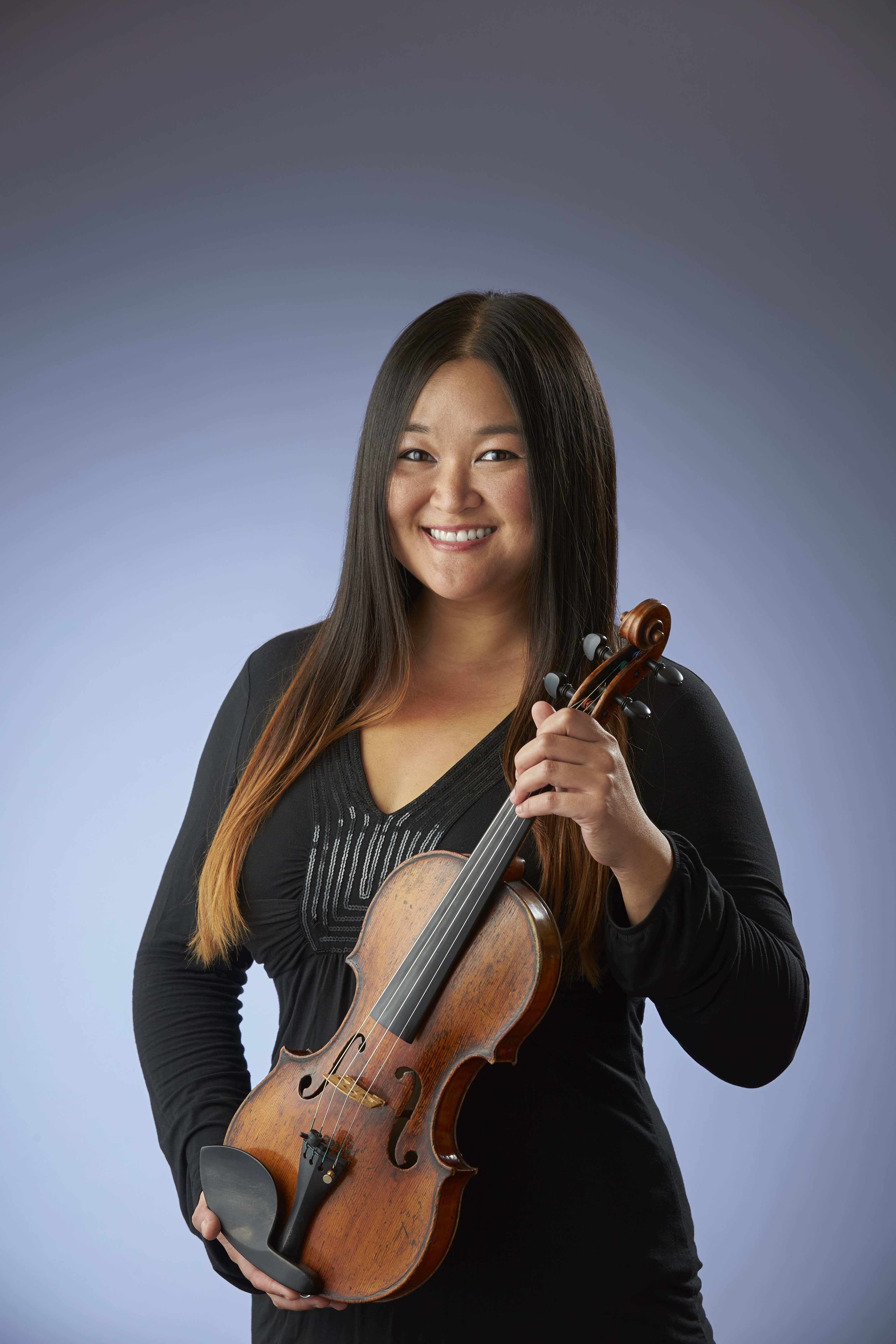 Sherry Hong, praised for her “silken tone” by the Chicago Tribune, has performed as a member of the Indianapolis Symphony Orchestra first violin section since 2007. In addition to collaborating on numerous chamber music outreach programs, Hong has also served the organization off-stage in leadership and education settings—as a member of the Orchestra Committee, on the leadership committee of FORTE, the orchestraʼs young professionals organization, and as a coach for the Side- by-Side program for talented pre-professional students.

Away from the orchestra, Hong can be heard regularly in concert at public libraries throughout the city and at the Indianapolis chapter of Classical Revolution at the Chatterbox Jazz Club. Hong has also performed on the Faculty Artist Series at the University of Indianapolis.

Hongʼs performances as a recitalist, orchestral musician, and in chamber music have taken her to stages across the U.S., as well as Europe and Asia. She has participated in Oregonʼs Britt Festival, in numerous festivals and chamber ensembles in France, and she has given chamber and orchestral performances in Taipeiʼs National Concert Hall and other concert venues in Taiwan and China.

Hong was born in Taipei, Taiwan and raised in the Chicago area, where she began playing the violin at age 3. She studied at the University of Michigan and La Schola Cantorum in Paris, France, and performs on a violin crafted by Camillo de Camille in 1734.