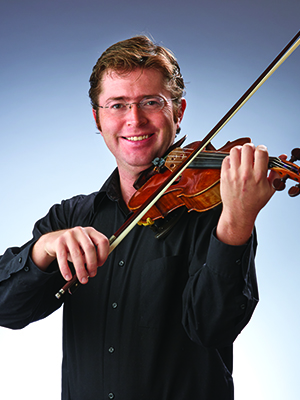 Before joining the second violin section of the Indianapolis Symphony Orchestra in March 2006, he played with the New World Symphony Orchestra (Florida) and as a substitute musician with the Detroit Symphony Orchestra. Away from music, Patrick enjoys golf, rooting for the Boston Red Sox and “if I feel like using my brain, anything including math, science and philosophy."