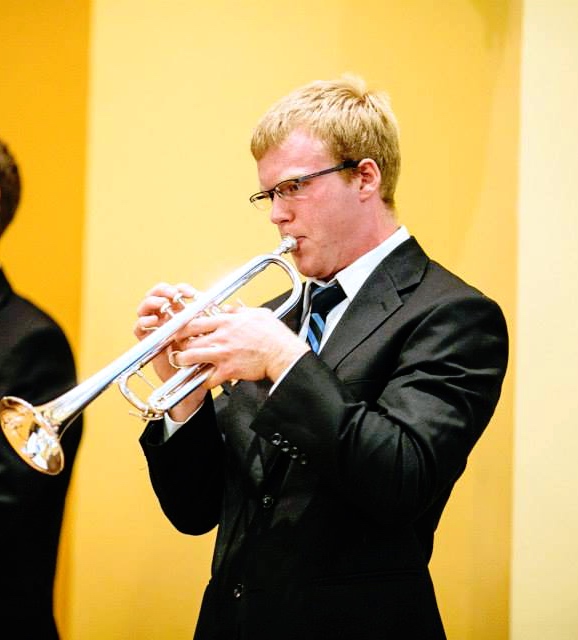 Originally from Brush Prairie, WA, Tim McCarthy joined the ISO in September 2019 as Assistant Principal Trumpet. Prior to this position, Mr. McCarthy was Third Trumpet in the Tucson Symphony Orchestra.

McCarthy completed his BM in trumpet performance at Saint Olaf College (2014), MM at Arizona State University (2016), and Performer’s Diploma at Southern Methodist University (2019). His teachers include Martin Hodel, David Hickman, and Ryan Anthony. Mr. Anthony was diagnosed with Multiple Myeloma, cancer of the bone marrow and blood, in 2012 and has undergone several stem cell transplants. He started The Ryan Anthony Foundation, a 501(c)(3) nonprofit organization that uses music to promote cancer research. The concerts, called “CancerBlows,” are an important vehicle for musicians and audiences to unite in finding a cure. Mr. Anthony is an inspiration to musicians across the globe. If you are interested in more information about Cancer Blows and the Ryan Anthony Foundation, check out the official Cancer Blows website.

An active freelancer, McCarthy has performed with the Dallas, Phoenix, Tucson, New World, and South Dakota Symphonies, as well as with Arizona Opera, Amy Grant and Michael W. Smith, Pink Martini, and many musical theater companies. In 2017, he performed with the Hollywood Film Music Orchestra at a festival in Nanjing, China.

Mr. McCarthy has been teaching private lessons since 2007, and while in Dallas held a studio of over 50 students from elementary through high school age. He has performed in numerous music festivals, including the Bellingham Festival of Music (2019, 2020), National Repertory Orchestra (2016), Colorado College Music Festival (2015), Round Top Music Festival (2013, 2018), and the National Symphony Orchestra Summer Music Institute (2010 and 2012).

In addition to music, McCarthy is a homebrewer, an avid outdoorsman, and enjoys fishing, hunting, and hiking.