Conductor Jun Märkl is recognized as a devoted advocate of both symphonic and operatic Germanic repertoire, and as a rare specialist for his idiomatic explorations of the French impressionist composers. 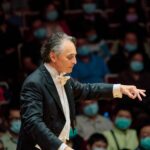 Conductor Jun Märkl is recognized as a devoted advocate of both symphonic and operatic Germanic repertoire, and as a rare specialist for his idiomatic explorations of the French impressionist composers. He has been appointed Music Director of the Malaysian Philharmonic Orchestra, Principal Guest Conductor for the Oregon Symphony, Artistic Advisor for Taiwan National Symphony Orchestra, and Principal Guest Conductor of the Residentie Orkest, The Hague from 2021 on. His long-standing relationships with the Vienna State Opera, the Bavarian State Opera Munich and the Semperoper Dresden led to his being offered the Music Director posts of the Orchestre National de Lyon, the MDR Symphony Orchestra Leipzig and the Basque National Orchestra. He appears as a regular guest with the world’s leading orchestras, having conducted the Czech Philharmonic, the Bavarian Radio Symphony Orchestra, the Tonhalle Orchester Zurich, the Philadelphia Orchestra, the Cleveland Orchestra, the Boston Symphony, the Chicago Symphony, the NHK Symphony Orchestra Tokyo and many others.

As opera conductor, Märkl was a regular guest at the state operas of Vienna, Munich and the Semperoper Dresden, and was permanent conductor of the Bavarian State Opera for many seasons. He made his Royal Opera House debut with Götterdämmerung in 1996 and with Il Trovatore at the Metropolitan Opera in 1998. He conducted complete Ring cycles at the Deutsche Oper Berlin and at the New National Theatre in Tokyo, and toured Japan in 2007. In 2016, he conducted Fidelio in Cincinnati and Die Liebe der Danae in Tokyo, and in 2017, Der fliegende Holländer in Copenhagen and Lohengrin in Tokyo in 2018. 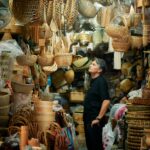 Märkl has released over 50 recordings. His 9 CD recordings of the complete orchestral works of Claude Debussy on the Naxos label brought him the coveted award from the French Ministry of Culture in 2012 – the “Chevalier de l’Ordre des Arts et des Lettres.” He recorded 3 CDs with works of Japanese composer Toshio Hosokawa, the complete Schumann symphonies with the NHK Symphony Tokyo, Mendelssohn, D’Albert and Wagner with the MDR Leipzig and Ravel and Messiaen discs with the Orchestre National de Lyon. Recordings of works by Saint-Saëns and Strauss are to be released in 2018.

Born in Munich, Märkl’s father was a distinguished concertmaster and his mother a solo pianist. Märkl studied at the Musikhochschule in Hannover, and with Sergiu Celibidache in Munich and Gustav Meier in Michigan. In 1986, he won the conducting competition of the Deutsche Musikrat, and a year later won a scholarship from the Boston Symphony Orchestra to study at Tanglewood with Leonard Bernstein and Seiji Ozawa. Soon after, he had his first appointments in European opera houses followed by music directorships at the Staatstheater in Saarbrücken (1991-94) and at the Mannheim Nationaltheater (1994-2000).