Maestro Jack Everly’s concerts never disappoint! I have come to expect excellence from anything that Jack programs on the stage. Life is better with the ISO’s music! 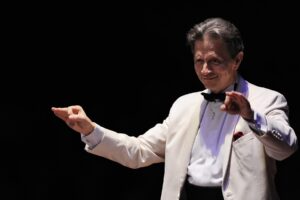 As Music Director of the National Memorial Day Concert and A Capitol Fourth on PBS, Maestro Everly proudly leads the National Symphony Orchestra in these patriotic celebrations on the National Mall. These concerts attract hundreds of thousands of attendees on the lawn and the broadcasts reach millions of viewers. 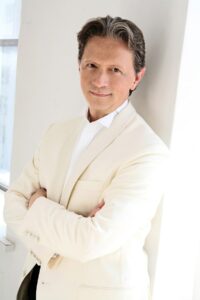 Originally appointed by Mikhail Baryshnikov, Mr. Everly was conductor of the American Ballet Theatre for 14 years, where he served as Music Director. In addition to his ABT tenure, he has teamed with Marvin Hamlisch in Broadway shows that Mr. Hamlisch scored, including The Goodbye Girl, They’re Playing Our Song, and A Chorus Line. He conducted Carol Channing in Hello, Dolly! in two separate Broadway productions and Donald O’Connor in Show Boat.

In television and film, Jack Everly has appeared on In Performance at the White House and conducted the songs for Disney’s animated classic, The Hunchback of Notre Dame. He has been music director on numerous Broadway cast recordings, and conducted the critically praised, Everything’s Coming Up Roses: The Complete Overtures of Broadway’s Jule Styne. A CD released in July 2005, In the Presence, features tenor Daniel Rodriguez with the Czech Philharmonic Chamber Orchestra of Prague conducted by Mr. Everly.

In 1998, Jack Everly created the Symphonic Pops Consortium, serving as Music Director. The Consortium, based in Indianapolis and made up of five orchestras, produces a new theatrical pops program each season of superior artistic quality. In the past 12 years, more than 300 performances of SPC programs have taken place in 22 cities across the U.S. and Canada. When not on the podium or arranging, Maestro Everly indulges in his love for films and Häagen-Dazs.