In 2021 Krzysztof Urbański entered the tenth and final season of his tenure as Music Director of the Indianapolis Symphony Orchestra. 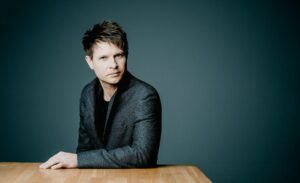 In 2015 Urbański became Principal Guest Conductor of the NDR Elbphilharmonie Orchestra. In addition to concerts in Hamburg last seasons they toured Japan and Europe. Alongside performances they released for Alpha Classics ‘wholly excellent renderings’ (Gramophone) of Lutosławski’s works, Dvořák’s Symphony No.9, Stravinsky’s Rite of Spring and Shostakovich’s Symphony No.5. His discography also includes Chopin’s small pieces for piano and orchestra with Jan Lisiecki and the NDR Elbphilharmonie Orchestra for Deutsche Grammophon and Martinu’s Cello Concerto No.1 recorded for Sony with Sol Gabetta and the Berliner Philharmoniker. 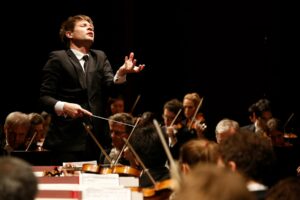 In June 2015 Krzysztof Urbański received the prestigious Leonard Bernstein Award at the Schleswig-Holstein Musik Festival. Notably, he is the first conductor to have ever received this award.