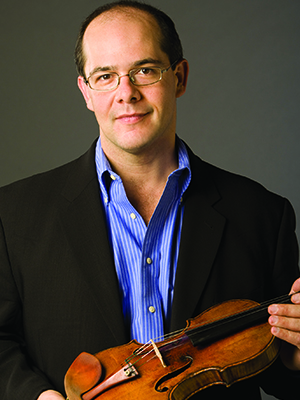 Alexander Kerr has appeared as a soloist with major orchestras throughout the United States and Europe and as a chamber musician at some of the world's premier music festivals. As a chamber musician, he has collaborated with a number of the world's top musicians, including Grammy Award-winning musicians Joshua Bell and Edgar Meyer. He recently toured Europe with acclaimed violinist Sarah Chang and members of the Berlin Philharmonic. He also has launched a new piano trio with pianist Anton Nel and cellist Paul Watkins.

A faculty member of the Aspen Music Festival and School in Colorado, Mr. Kerr also regularly presents master classes at several of the nation's leading music schools and conservatories.